It is with a heavy heart we have to inform our customers that Mike Brooke, co-owner of Tasker and Lacy, has sadly passed away suddenly on 18th December.

He will be missed by all that had the pleasure to meet him!

We will update this page with the funeral arrangements as soon as possible.

Jonathan & Richard Brooke would like to offer their thanks to those who have given their condolences over this difficult period.

We want to give our father the best possible send off we can so we encourage friends new and old to join us.

Please attend in your Jaguar or classic vehicle if at all possible. We would like to invite you all to the Scotland Pub for drinks and buffet after the proceedings.
Jonathan & Richard Brooke. 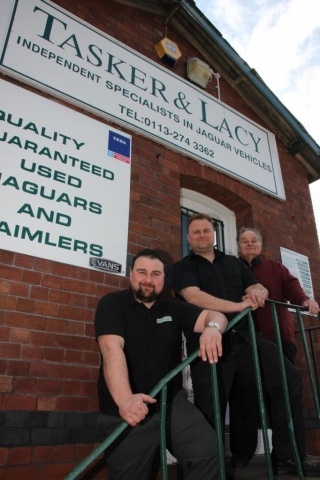 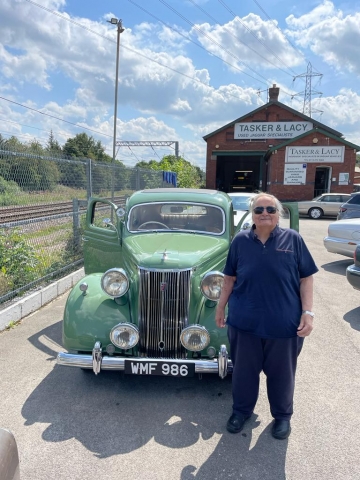 Here is the current list of cars available for sale: 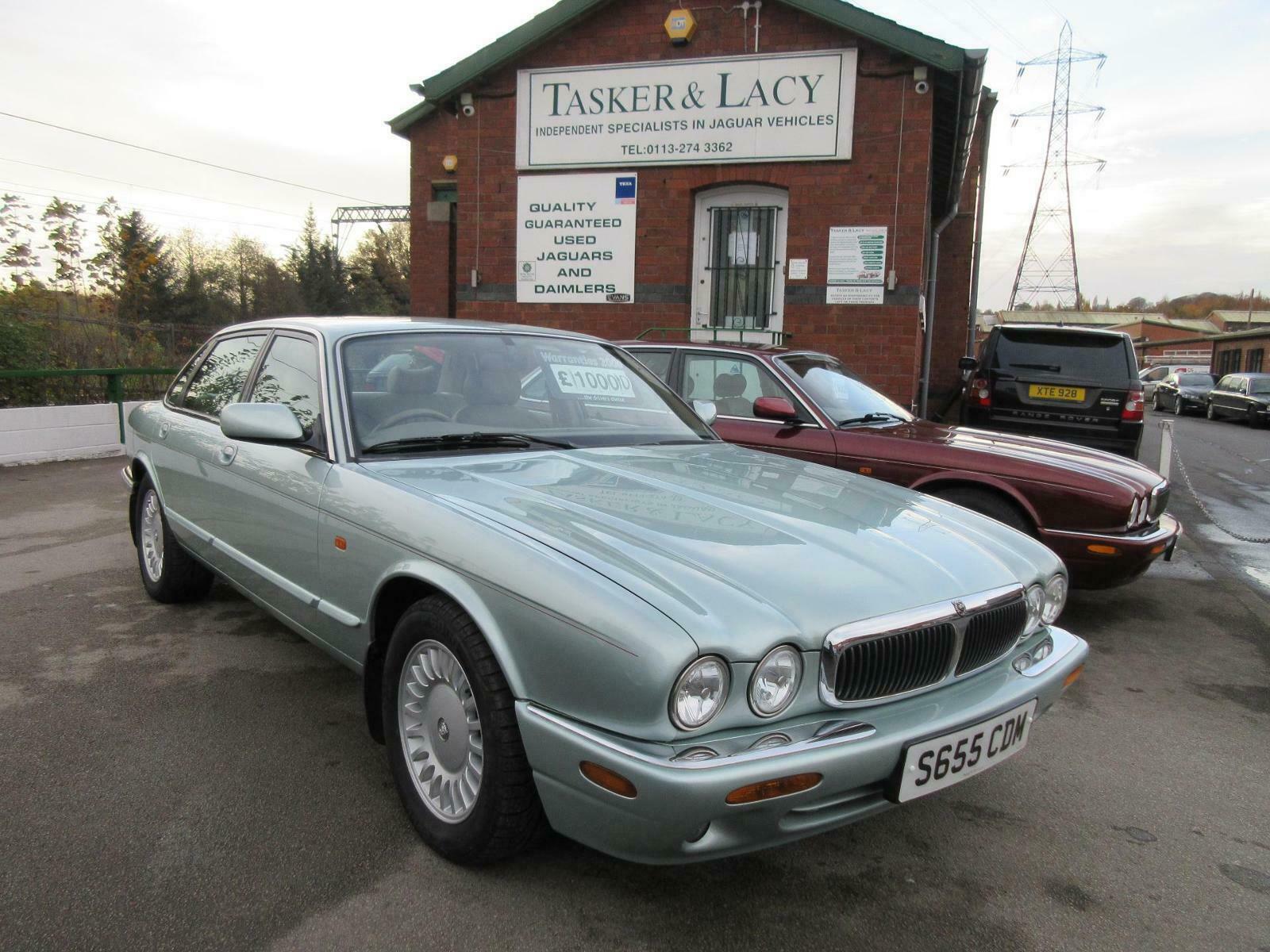 Tasker and Lacy now have Pathfinder diagnostics for Jaguar/ Landrover up to and including the present range of JLR vehicles. We also have ISD/SDD diagnostics covering vehicles from 1995 through to 2017. Diagnostic print-outs are available with these services 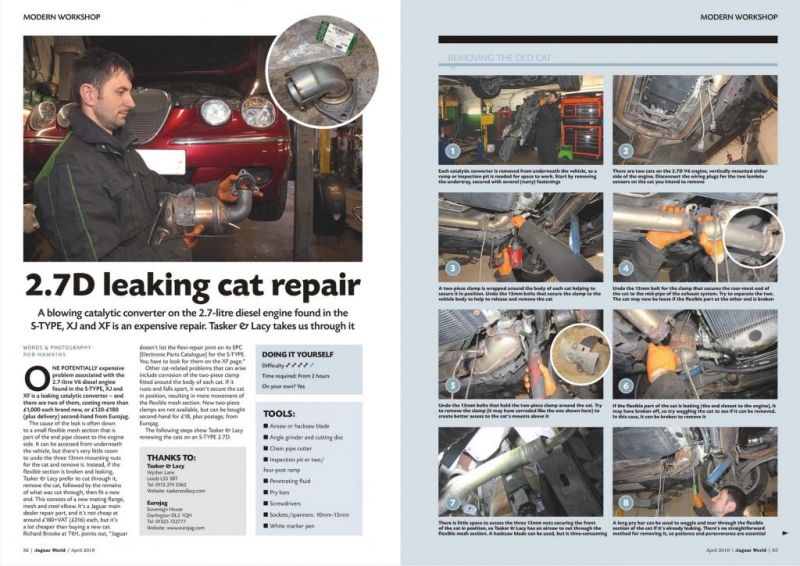 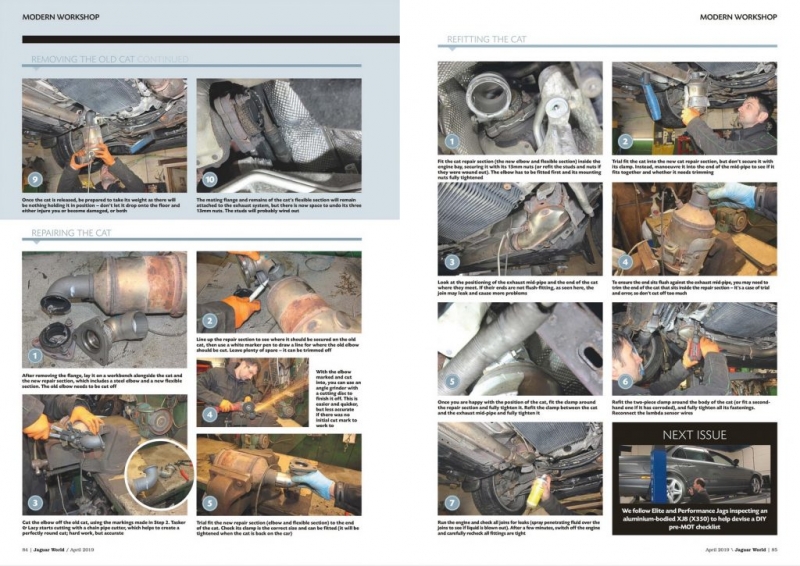 Tasker & Lacy are independent specialists in Jaguar and Daimler vehicles since 1967.

Owned by Jonathan and Richard Brooke, we pride ourselves on individual customer attention which ensures satisfaction of both our Sales and Servicing facilities.

“OUR REPUTATION IS YOUR SAFEGUARD”

About Tasker and Lacy

To better illustrate how Tasker and Lacy are operated, here is an article written about the company taken from Jaguar World August 2015:

First impressions can often be misleading. When I first looked at Leeds-based Tasker & Lacy’s website I thought the company simply sold second-hand Jaguars and used a local garage for mechanical repairs. So, when I first arranged to visit them to photograph an XK X100 for a Buying Guide (see JW Summer 2015), I was pleased to discover a couple of workshops behind the forecourt, where a team of mechanics service and repair Jaguars and a range of other cars. The owners of this business are also not afraid to get stuck in and get their hands dirty.

Perhaps my biggest surprise of all is that Tasker & Lacy has been specialising in Jaguars and Daimlers since 1967. The current owners, Jonathan Brooke and his brother Richard, bought the business in 2007 and run it with help from their father, Mike. It’s probably down to Mike that they became interested in the business, because Jonathan says his dad has driven Jaguars for as long as he can remember. This definitely rubbed off onto Jonathan, who ran a modified Mk 2 for three years and, when asked which Jaguar he’d like to own, he could competently justify the reasons for owning an XJ X308, a Series 3 XJ12 and an XKR X100 – cars that are fast becoming ‘classic and collectible.

Explains Richard, who is keen on newer Jaguars as much as classics, “We ideally like to sell our cars and maintain them, then sell the customer another and get a nice car back in part exchange to sell on.”

However, it’s not always so easy to find good examples of older Jaguars. Richard adds, “People are starting to realise that owning a classic is both an enjoyable and a shrewd thing to do. With the classic car boom, we’ve found that buying the older cars in general is hard work.” Richard and Jonathan regularly drive up and down the UK in search of good examples. Recently, Jonathan went down to Suffolk to buy a 3.4-litre 1965 S-type with a mere 30,200 miles on the clock, two previous owners and a stunning unworn interior. He drove it back to Leeds, allowing him to fully test it, and recently sold it.

When Jaguars are bought in that need repairs, Tasker & Lacy can rely on its own workshops. We spotted an XK8 X100 with repair work to the rear quarters, which is a common rust spot. T&L had also eradicated the corrosion from the front chassis legs, dropping the subframe to weld new metal in position. “People want peace-of mind and that’s what we offer” says Jonathan . “If anyone is going to buy an XK8 X100, they’ve either had proper repairs like we offer or they’re full of filler. So beware of bargains.”

When it comes to repairing the more modern Jaguars, Tasker & Lacy has the equipment to do anything from re-flashing components such as the six-speed ZF automatic gearbox, or refilling an air-con system, to diagnosing fault codes. It has the latest IDS system and the even later online-connected SDD Jaguar diagnostics, plus a more general system from Snap-On. TypicaI problems that arise on Jaguars concern failed ABS sensors and pumps, suspension pump faults and parking sensors.

Repairs and servicing can become expensive, but Tasker & Lacy has found a few ways to keep costs a little lower. For instance, overhauling windscreen wipers with new strips of rubber, instead of buying a new wiper arm; rotating tyres during a service to ensure aII four wear evenly; and an annual wheel alignment to avoid tyres being scrubbed (a common problem it has found on the XF).

T&L’s specialist knowledge can save money when servicing the brakes on a Jaguar, too, as Richard explains, “As customers can find they need a new set annually, we place the electronic park brake in the service mode via the SDD Jaguar diagnostics· and reset it to prevent premature brake pad wear.”

When we followed an XJ X350 through its service (see JW July 2015), Jonathan estimated the front brake pads had roughly 3,000 miles of use left in them. Had this been a customer’s car, he would have recommended the car be returned before 3,000 miles.

Many Jaguar specialists have a passion for these cars and an interest in keeping them well maintained and preserved for years to come. It’s reassuring to see that Tasker & Lacy seems to share these values